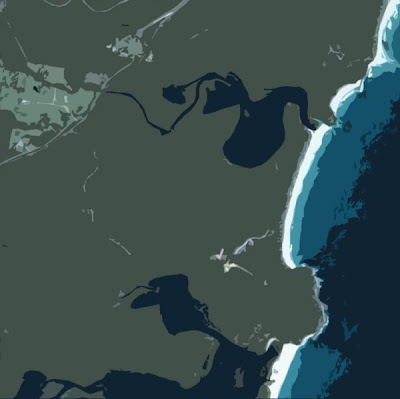 "Two Lakes" was primarily recorded around two coastal lakes, Termeil Lake and Meroo Lake, within the Meroo National Park on the south coast of NSW, Australia. The National Park is about 4 hours drive south from Sydney.

The environment here has provided food and shelter for the Walbunja people for over 20,000 years. Meroo and Termeil lakes are also of national significance for some endangered fauna. As well as the Green and Golden Bell Frog, there is a diverse insect fauna including a large and spectacular species of moth that has not been recorded elsewhere except at Jervis Bay in 1914. Most noteworthy is the 1000s of waterbirds that use the lakes with some migrating to the area from the northern hemisphere. It isn't only the animals that are important, the seagrasses, saltmarsh and sedgeland are also ecologically important.

For more information on Merro National Park, please visit their website.
Posted by cameron webb and matt rösner at 6:15 PM